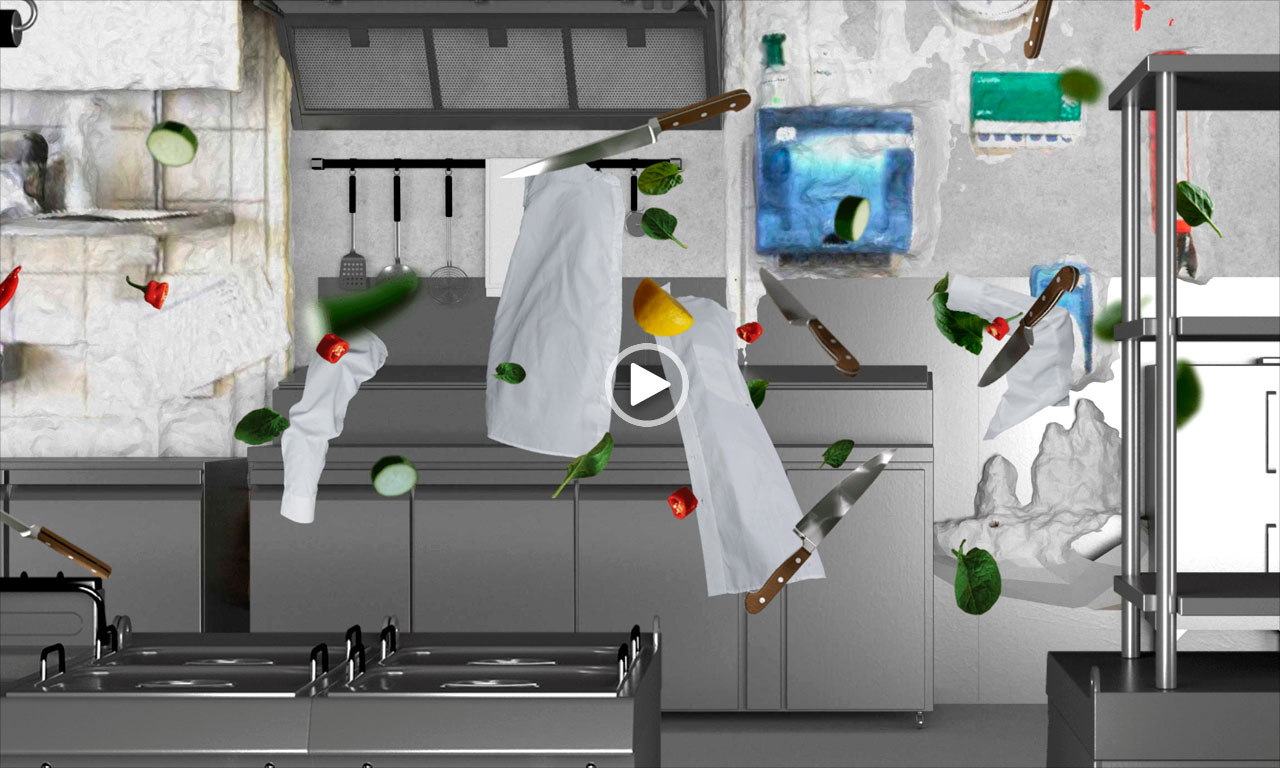 Mark Tholander (DK), The Drums. Click the image to open the work in a new window
The Drums should preferably be experienced on desktop computers, and not smartphones. The work is best viewed in modern browsers like Firefox and Chrome

The Drums is an interactive narrative by artist Mark Tholander. By navigating with the scroll bar, the visitor moves through a story of a race track where a catastrophic event took place or takes place. Along the way, one will encounter three songs that mark the dividing lines between the three phases of the narrative. Both in the songs, and in the soundscape of the scenes, drums become an integral aspect of the proceeding, although the drummers themselves are never seen or hinted at. In parallel, an announcer is commenting on the race as it progresses. 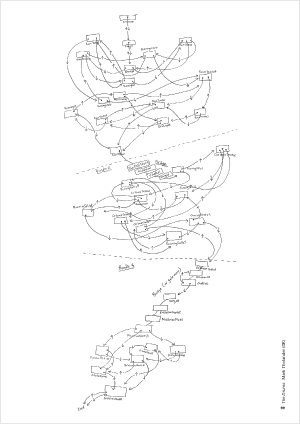 As part of the work, there is a map of the narrative's path systems, which visualise the underlying algorithm that binds the work's many scenes together.

The story takes form by means of the two directions that the scroll bar indicates — up or down — a constant two-way street. If the visitor scrolls up, a new scene loads, and if the visitor scrolls down, another scene loads. These paths, however, lead towards branches. By looking at the map, it becomes apparent that as the narrative progresses, the parts materialise more and more linearly, like a mass being pulled towards its own gravity. The work thus operates as a vertical line, which is constantly broken in labyrinthine detours, but in the end always returns to the descending verticality towards the end point of the narrative: a finishing line or a cul-de-sac.

This work is licensed under a Creative Commons Attribution-ShareAlike 4.0 International License